Soup season is here! I know you can’t see me, but I’m doing a soup dance in my kitchen. I’m shivering, but I’m dancing. Winter weather and I definitely aren’t friends. But since summer is light years away, I’ll learn to be content with receiving warmth via a creamy, comforting bowl of soup. Because really, what else can we do besides hunker down and ride this winter out? 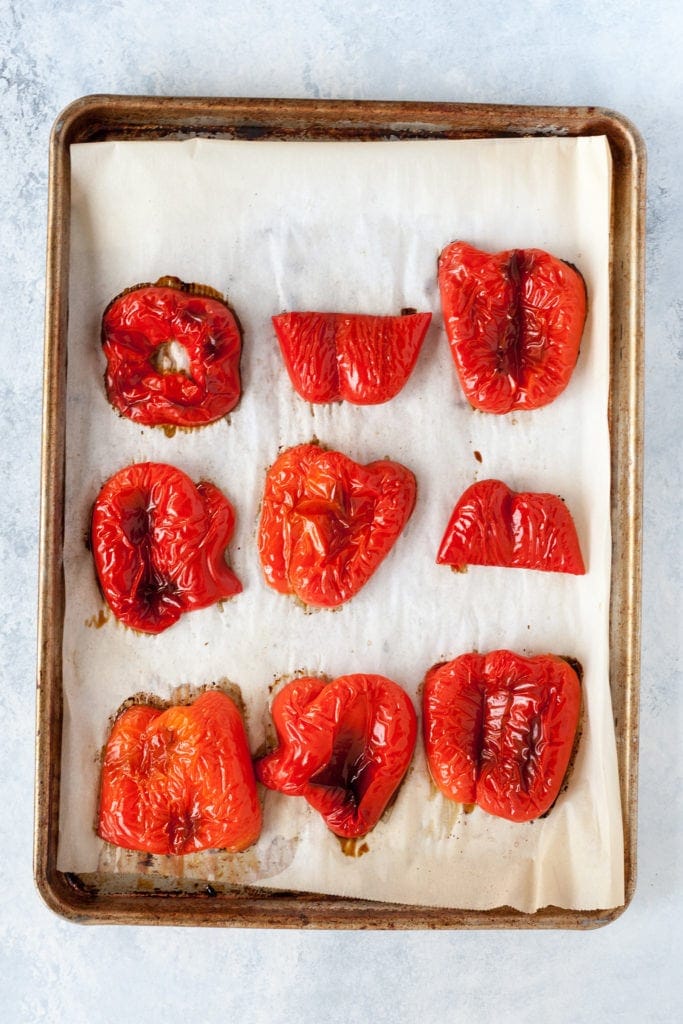 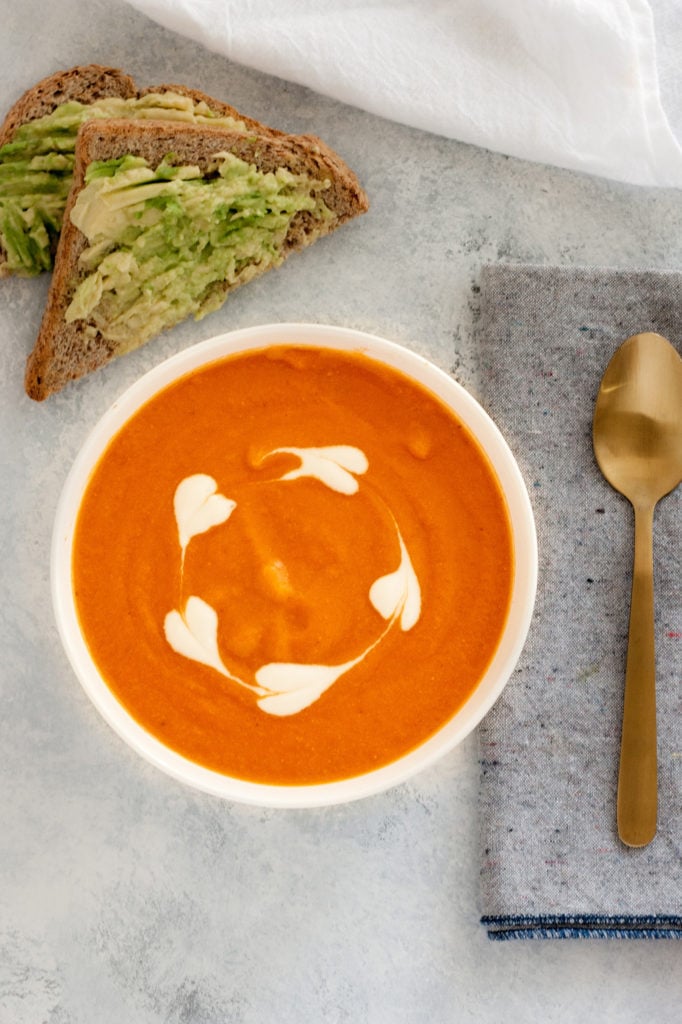 I seemingly always have soup on the brain, and this week was no exception. After the outside temperature dropped a few days ago, I set out to make a soup that’s a little bit sweet and a little bit tangy – and this is it. I will tell you, though, that this soup is the reason I bought myself a Vitamix. During the testing of this recipe, my blender self-destructed and half of this soup ended up on my pants and all over my kitchen cabinets and floor. It was quite the scene! 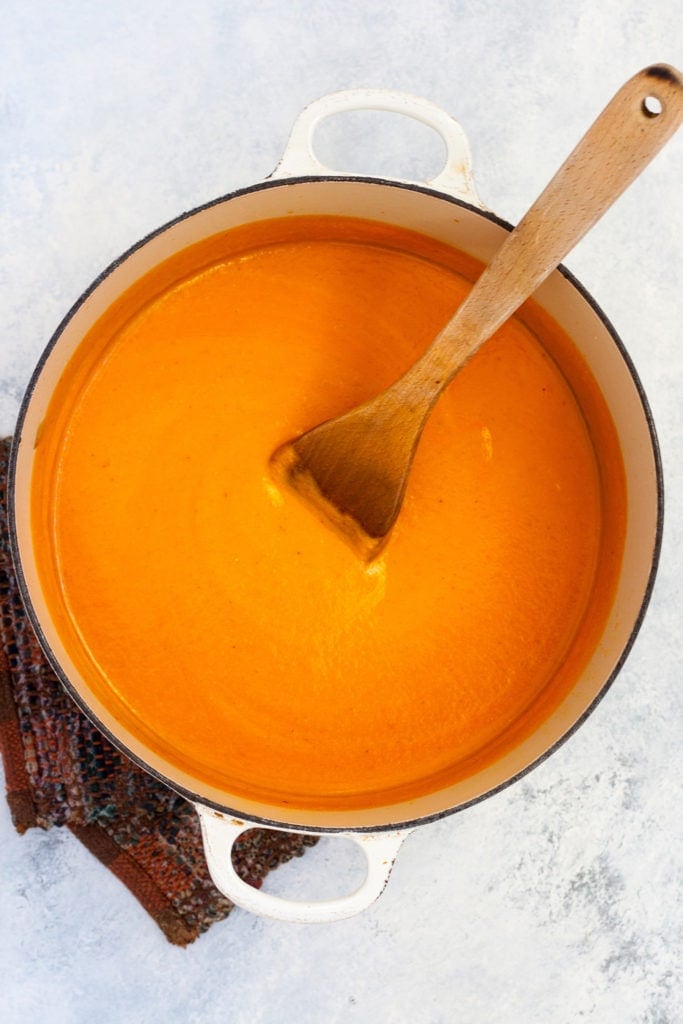 I tend to avoid cooking with red bell peppers because they’re so darn expensive (why are they double the price of other bell peppers?!) But I allowed myself the luxury for this recipe and I’m so glad I did. Red peppers are the sweetest of all the bell peppers and, when roasted, take on an even more intense flavor.

Blended with roasted cauliflower, vegetable broth, and a few pantry staples, this simple soup has surprisingly complex flavor. Non-dairy yogurt adds a tangy zip, and it elevates this recipe to next-level tasty. You can use coconut or almond yogurt – just make sure it’s plain and unsweetened. Oh, and don’t be afraid to add salt. I tend to use a heavy hand with the saltshaker, so I only indicated a pinch here to be conservative. Bon appétit!

I set out to make a soup that’s a little bit sweet and a little bit tangy – and this is it. Roasted red bell pepper, cauliflower, and almond milk yogurt combine for an ultra-comforting winter meal.