×
Jump to Recipe·Print Recipe
this recipe
We won’t lie to you. Sticking to a vegan meal plan over the holidays can be challenging – especially if you’re new to a plant-based diet. The temptation is everywhere! Between turkey, ham, mashed potatoes and gravy, casseroles and pies, this is likely the biggest test of your self-control you’ll have all year long.

The holidays are tough even for me, and I’ve eaten a plant-based diet for years. My weakness? Cheesy potatoes. They remind me of celebrating the holidays as a kid. Every Thanksgiving, without fail, someone in my family would make an ooey, gooey batch of scalloped potatoes with a crunchy breadcrumb topping. It’s truly my favorite comfort food – which is exactly why I decided to veganize it for this year’s festivities. 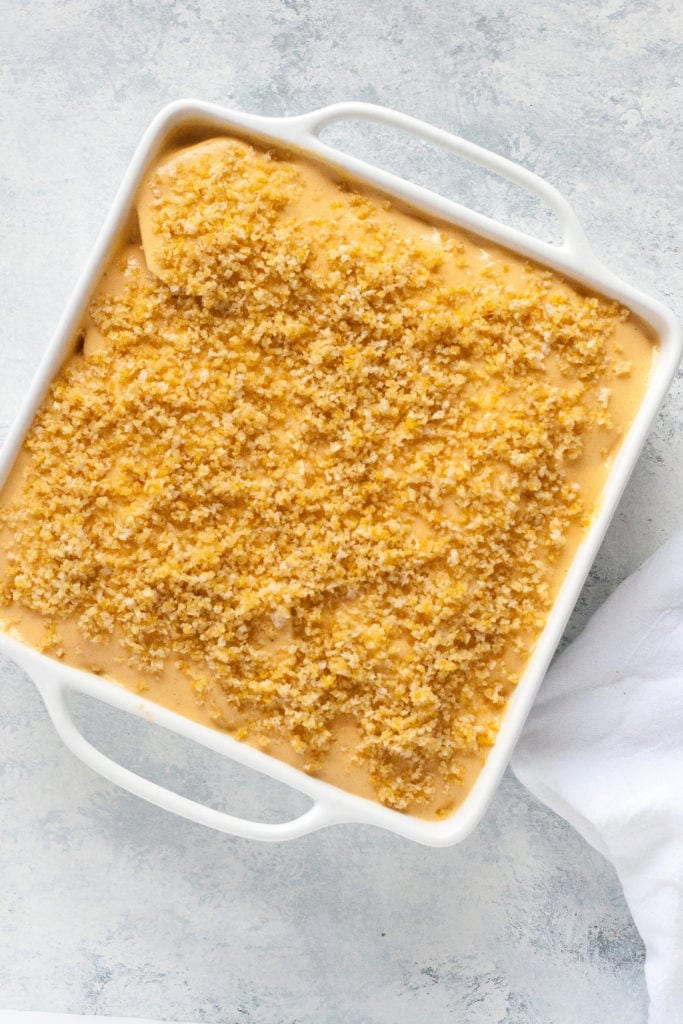 I recently used the sauce from this vegan mac and cheese recipe to make vegan scalloped potatoes for a potluck dinner. Holy smokes. You won’t even miss the cheddar in this classic recipe turned plant-based. Surprisingly, there isn’t a drop of plastic-y, fake cheese in the entire dish. Seriously! This is as homemade as it gets when it comes to vegan “cheese” sauce. It even pairs well with cooked broccoli or cauliflower. I plan to try it on every veggie I can get my hands on.

Just a heads up – the sauce is going to taste really salty before you bake it. Don’t panic! The raw potatoes will absorb a lot of the salt as the dish gets warm and bubbly in the oven. The end result is a darn good vegan version of a classic holiday recipe. Enjoy!