Isn’t it kind of crazy that Thanksgiving is next week already? It’s been a strange fall in Chicago. The leaves in my neighborhood just turned orange and red a few weeks ago (unseasonably late), and we had our first snowfall on Friday (unseasonably early). Plus, it looks like Christmas exploded all over the home décor aisles at Target. It almost feels like the universe decided to glaze over Thanksgiving this year, but I won’t stand for it. Between all of the cooking and eating and family time, Thanksgiving is easily my favorite holiday. 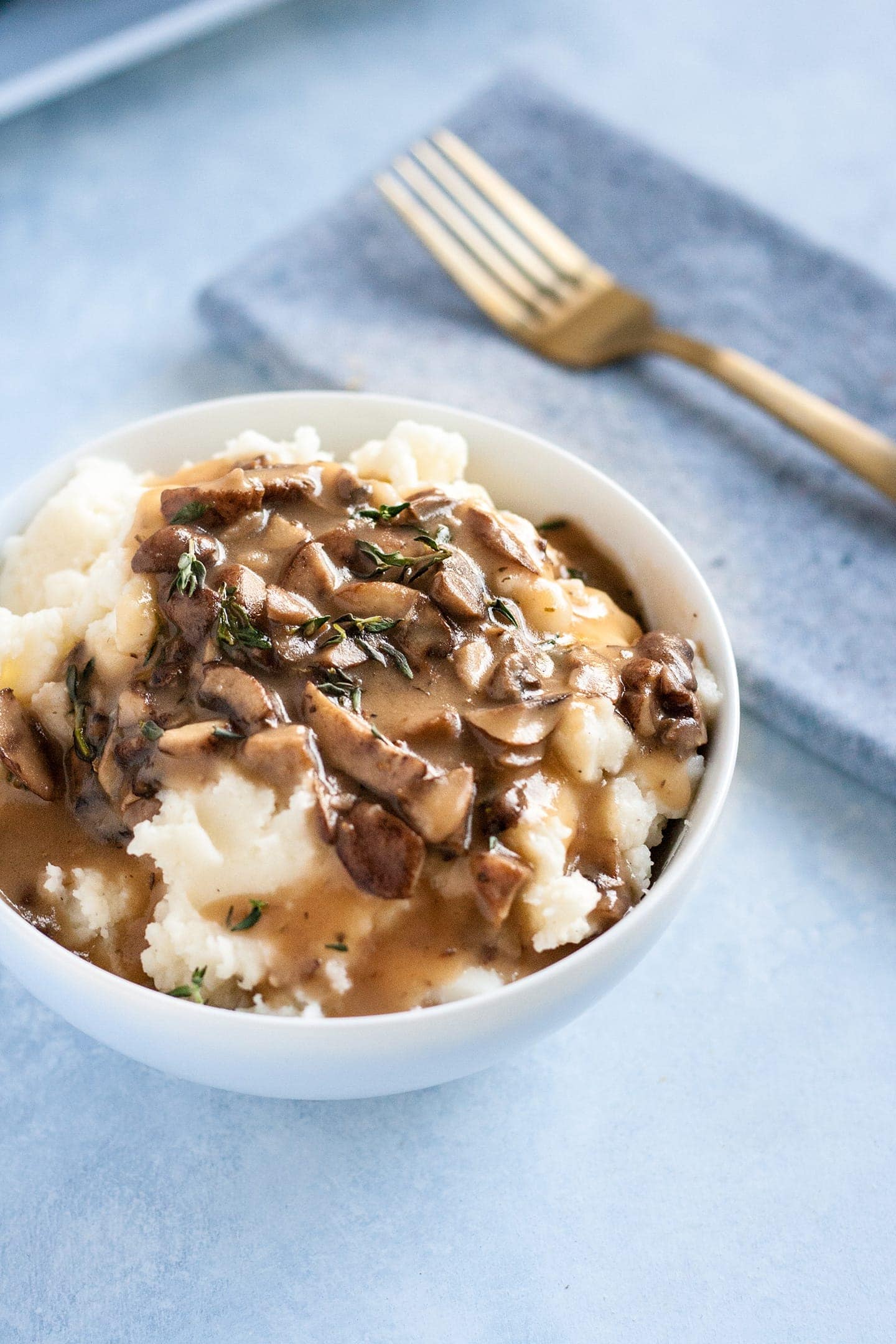 Ever since I was a kid, mashed potatoes and gravy – one of my dad’s many culinary specialties – has been a mainstay on my Thanksgiving dinner plate. Over the years I’ve coaxed him into tweaking his recipe to exclude cream and butter, making it easier on everyone’s arteries. With a fluffy lump of vegan mashed potatoes on my plate, the only thing that’s missing is a savory plant-based gravy to drizzle into every nook and cranny. 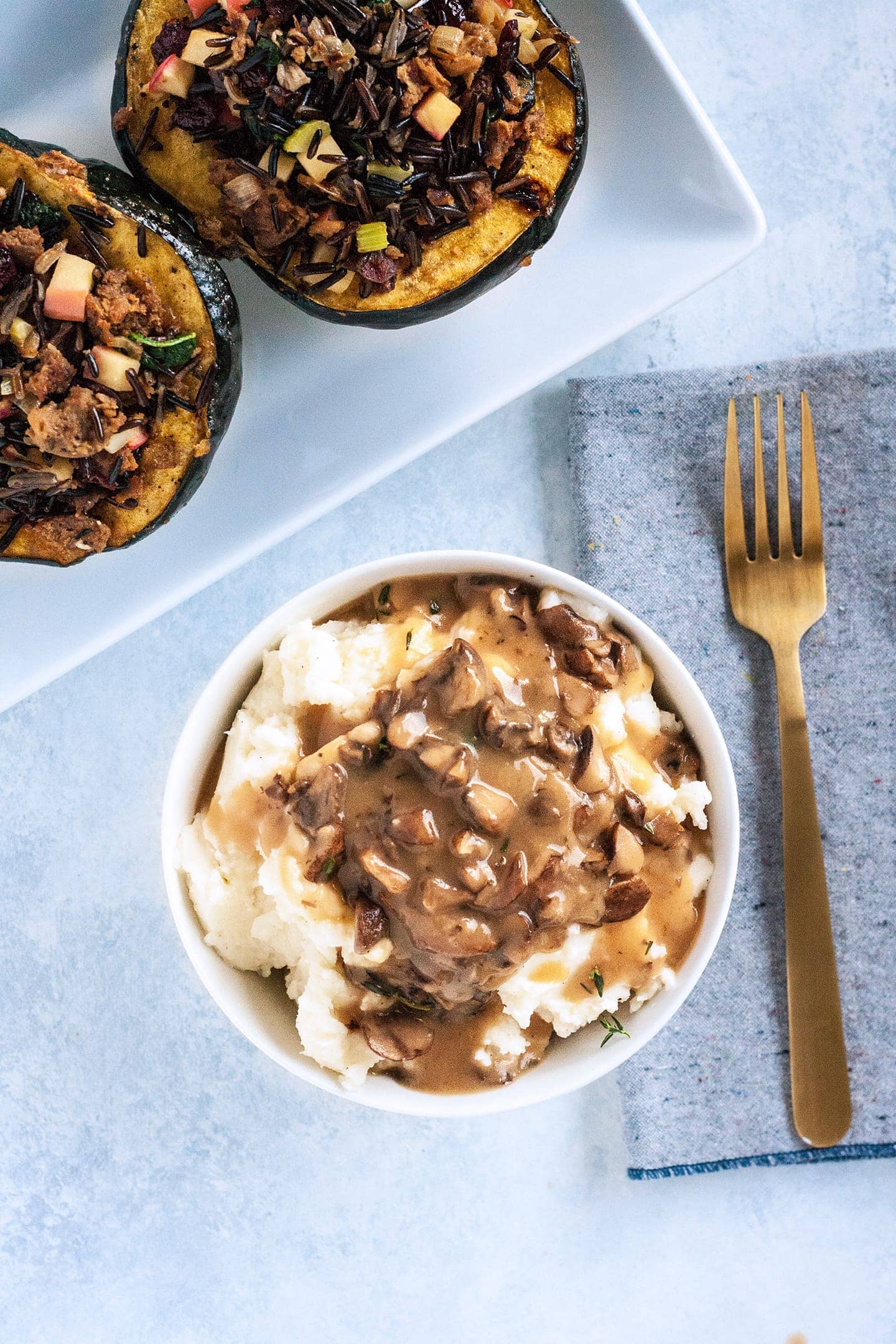 Often, I buy vegan mushroom gravy from Native Foods out of simplicity (side note, their Native Wellington is incredible if you don't have time to whip up a main course. If you do, definitely make our Vegan Sausage and Apple Stuffed Acorn Squash!) But this year I’m going homemade with a super-easy recipe that will *wow* my omni family members. This Herbed Mushroom Gravy tastes so gourmet, yet comes together with less than 10 ingredients in under 40 minutes. Cooking the mushrooms over a medium flame allows them to brown and take on a more intense flavor, and fresh herbs add another layer of complexity. This stuff is seriously good.

Our Herbed Mushroom Gravy is the smooth, savory topping your mashed potatoes have been yearning for. This recipe serves about four people. To feed a larger crowd, double the recipe and save any leftovers in an airtight container in the fridge.

Our Herbed Mushroom Gravy is the smooth, savory topping your Thanksgiving mashed potatoes have been yearning for.